Sudanese are not yet prepared for the change

During the Naivasha peace signing ceremony on 9 January 2005 in Nairobi, Kenya Dr John Garang de Mabior said “It has been a long journey of more than 5,000 years to reach Naivasha and Nyayo Stadium today”. When Garang said this, he did not mean that the bottom-line in SudanÕs predicament has been reached but meant that it was a step on the 100-mile journey. Through steadfastness, commitment and perseverance Sudan may make the turnaround around and attain everlasting tranquillity. On same occasion the son of de Mabior said “Sudan will never be the same again”! The eyes of the oppressed and marginalised Sudanese people had been opened and no one would henceforth tolerate oppression. This is what various parts of Sudan are today witnessing GarangÕs dream was to change Sudan, end the adverse selective segregation of the Southern Sudanese, and restore their dignity to become equal stakeholders in their country irrespective of race, colour, religion, tribe or gender. But Garang was slain before seeing the change he anticipated, just as Martin Luther King was. And even though Garang said Sudan would never be the same again, real changeÑsomething of the magnitude of Barack Obama being elected president of the USÑhas not caught up with Sudan, because real change pre-requires that Sudan should transform itself democratically and adopts a genuine civil rights bill

Today many in Sudan, especially the marginalised, are cynical and doubtful that change will ever come. At this juncture, freedom of expression goes lacking in Sudan and so does justice. The so-called interim national constitution secures no respect for human dignity. Tyranny, arbitrary detention, and media censorship are predominant.

Garang was correct when he said Sudan would never be the same again. Since the signing of Naivasha peace agreement Sudan has increasingly undergone new waves of turmoil, struggle between Old Sudan and New Sudan, extremists and liberals, oppressed and oppressors. Every group is fighting for its own survival and not for the countryÕs interest. The oppressed are fighting for change in their daily lives, decent living, sanitation, clean drinking water, schools, healthcare, communication, secure jobs and equal opportunity but their voices are met with excessive brutality and atrocities. This, in my view, is the real challenge facing Sudan. The so-called Sudanese political powers/parties have no clear agenda or strategy as how to exploit the countryÕs copious resources to alleviate the Sudanese peopleÕs anguish, and as how to prioritise countryÕs needs, away from partisan, personal, group or political interests. I believe we need a clear program, transparency and accountability in order to achieve real progress for our country and a better future for our children, far from false, unfulfilled promises and empty slogans.

After Barack ObamaÕs historic victory, an African-American from South Sudan told me that “we have to bring ObamaÕs change to Sudan”. But I told him that the Sudanese people are not yet prepared for such change because they are not so far equipped with the necessary tools for change. I said that for change to come to Sudan, we have first to provide the Sudanese people with the required machinery for the change, open their eyes to see what they can not see. This Rosa Parks did when she opened the eyes of Americans by not surrendering her bus seat to a white man, and Martin Luther when he inspired Americans with his dream and sacrificed his life for his cause.

When Barack Obama was elected president of United States of America on 4 November 2008, the entire world danced to ObamaÕs tune of “Change” and to AmericaÕs creed of “Yes, we can”. Obama pledged to bring fundamental change to Washington, restore AmericaÕs reputation and image around the world and cut taxes for middle class Americans and provide them with affordable healthcare. But tears of joy were shed in other places in the world during ObamaÕs victory speech. Africans, especially in Kenya at ObamaÕs village of Kogelo, believed their lives would change dramatically under ObamaÕs administration! But what can Obama give in proportion these high expectations? Will Obama be able to eradicate AfricaÕs poverty? The task ahead of Obama is huge, and as the true son of America Obama will be engaged in resolving inherited problems such as Iraq, Afghanistan and the war on terrorism. At homeÑnot in AfricaÑhe has to tackle the economic crisis, offer tax cut for the middle classes and affordable healthcare for all Americans. I do not think that Obama will change the well geared, built and pragmatic policy of America, but will to build on top of it for the betterment of United States of America.

In my view, Barack ObamaÕs victory was apparently like the event of 9 January 2005. When a Comprehensive Peace Agreement (CPA) was signed, marginalised Sudanese people and especially the South Sudanese held high hopes that peace would bring them the long awaited and everlasting change. But Garang was slain on 30 July 2005, and the high hopes faded, buried with their charismatic leader. Martin Luther KingÕs, dream however, had remained alive and continued to thrive because it was not buried with him. Now after four years of SPLM domination in the South, nothing has changed in the landscape of South Sudan and the marginalised Sudanese people but absolute corruption, poverty, arbitrary arrests, casual murder and lamentation.

*Roba Gibia, is a Sudanese journalist. He is also the tribune author of “John Garang and the Vision of New Sudan”. He can be reached at [email protected] 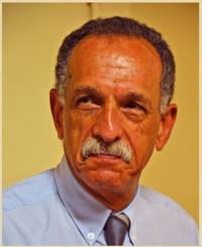